Mr. Neal was appointed to the Board by Governor D. Ducey and began as a member on July 17, 2017.  He is a native Arizonian, raised in the Valley of the Sun and a North High School graduate.  He attended Maricopa Community Colleges and later served as Military Police in the US army with overseas duty in South Korea.   Prior to joining the Glendale Police Department as a civilian employee, he worked many years in the field of construction.   While employed with the Glendale Police Department, he worked in various capacities and retired as a Crime Scene Investigator.  Mr. Neal is a community volunteer working with non-profit organizations including Children’s Advocacy Center, Parents of Murdered Children, American Diabetes Association and is a co-founder of AZ Unity Tour Charities. 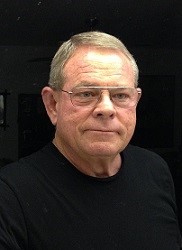